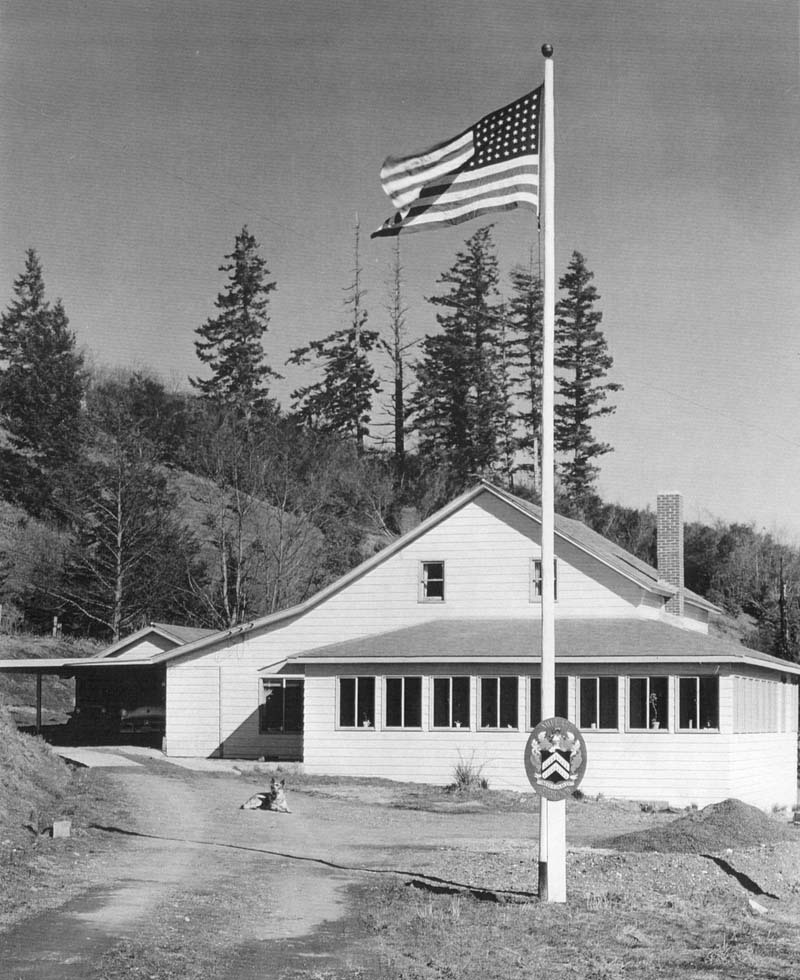 In 1953, Colonel Homer Millard and his wife, Esther, opened the Millard Military School on Langlois Mountain. It was patterned after the Millard School that had been in Washington, D.C. In 1962, the school was moved to Bradley Lake in Bandon due to the increasing number of students. Colonel Millard died that year and Esther continued to deliver her quality education for another 19 years. The last class to graduate from the Millard School in Bandon was in 1981. Esther died in 2006 at the age of 96. 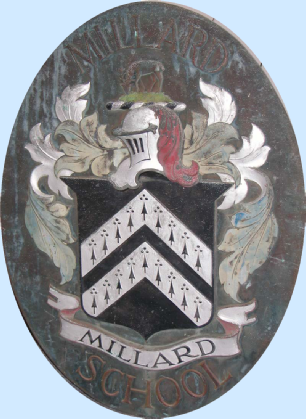 The Millard School on Langlois Mountain; pre-1962. That site, along with the restored buildings, became “Langlois Mountain Retreat” and later "Highland Woods Group Getaway". Those of you who attended prior to the move will recognize some of the buildings at the above site. Some of you apparently penned your names on a wall in one of the bulidings; this has been preserved behind a plexiglas shield. Notice the shield on the flagpole. This shield is presently at the Bandon Historical museum.

Randall Holloway identified the class photo as the class of 1961. He also said that “R House” (seen in the photo of names etched on the wall) stood for “recreation house” and the dog’s name in the top picture was “Benno”. 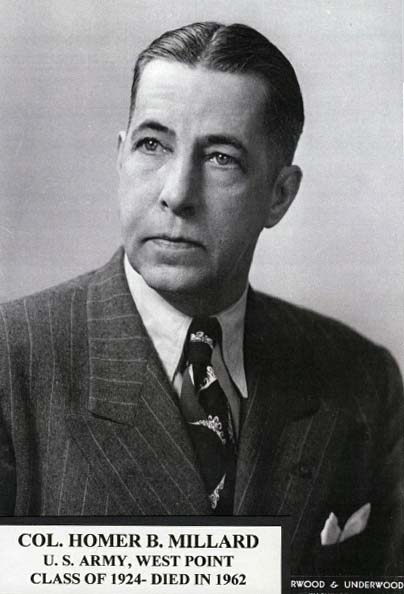 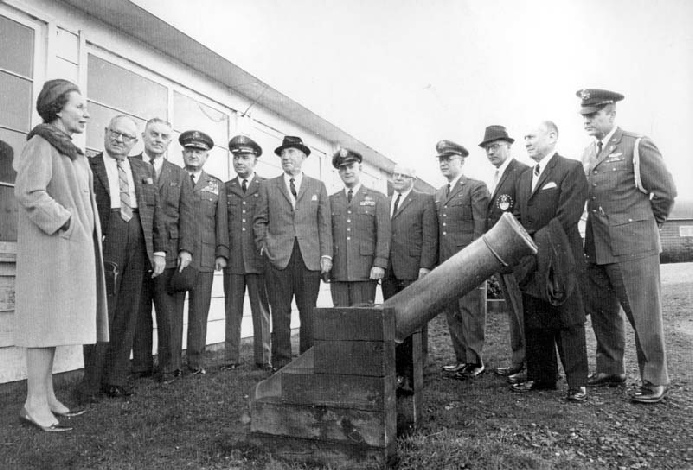 Esther Millard is seen in the photo addressing dignitaries at the school. Notice the cannon which Mrs. Millard donated to our museum. This is the same cannon seen in the color photo sitting in the museum. Because of the weight of the cannon, we have it on display in the gift shop which has a concrete floor (the other floors in the museum would not support its weight). This cannon was manufactured in 1859 by the French. It was captured in the Franco-Prussian War by the Germans. Its only link to Bandon history is its appearance at the Millard School. We think it is a beautiful piece of history and are grateful to Mrs. Millard for donating it to the Bandon Historical Society. 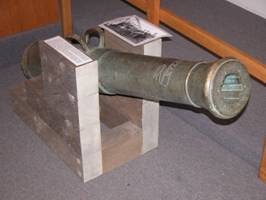 Bill Marvel, Millard class of 1965 has authored a very interesting booklet detailing the story titled The Millard School and Foundation and can be viewed by clicking the link on the title.

Ric Lewallen, Millard class of 1971, also has created several web pages devoted to the Millard School and the students that attended it.  You can view those pages by clicking on this Millard Prep School LINK. 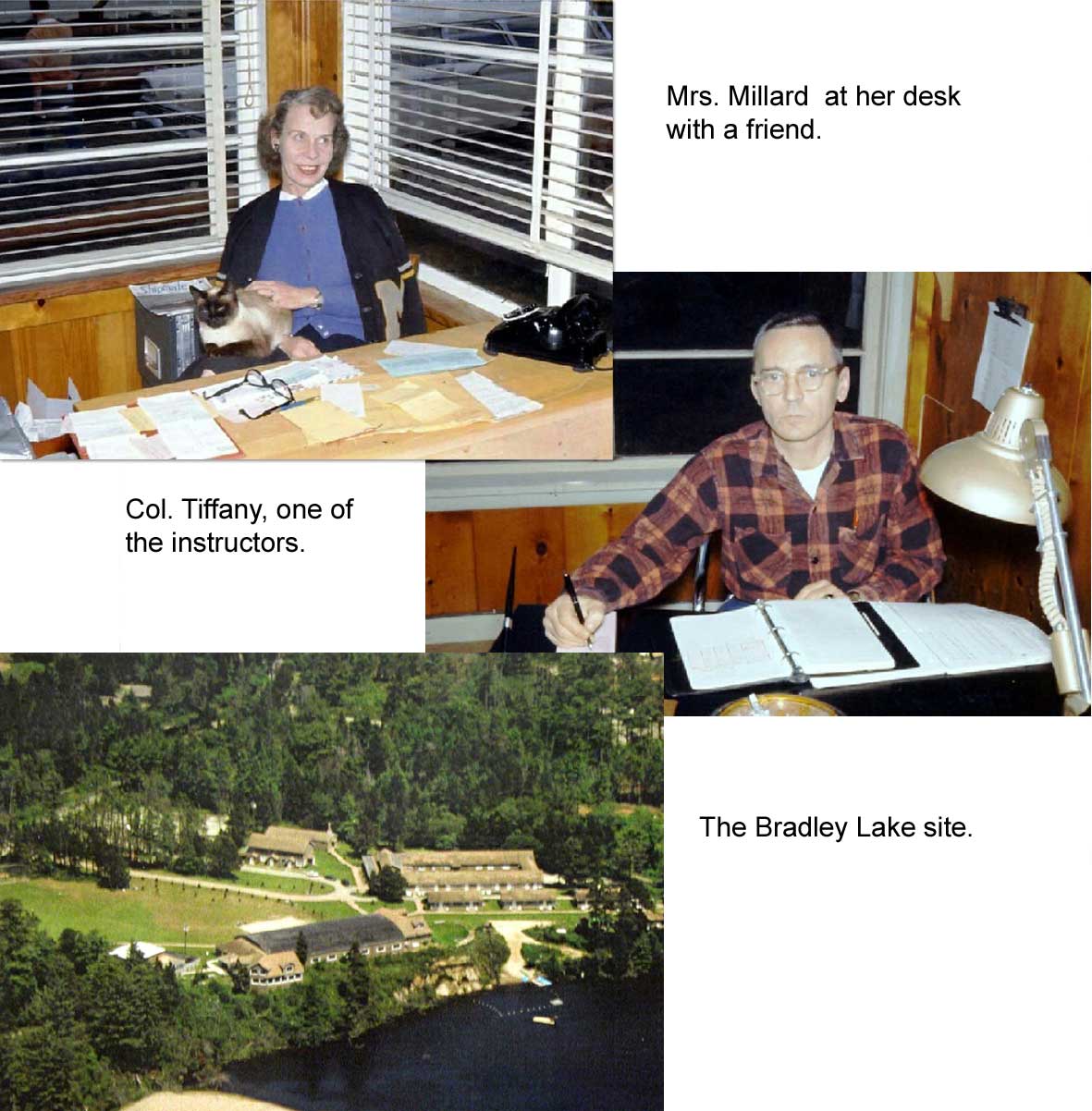 The Millards had quite an impact on the lives of many young people throughout their tenure at the Millard School. The Bandon Historical Society often gets emails from former students who attest to their positive influence. Homer and Esther are both interred in the Willamette National Cemetery in Portland, Oregon. 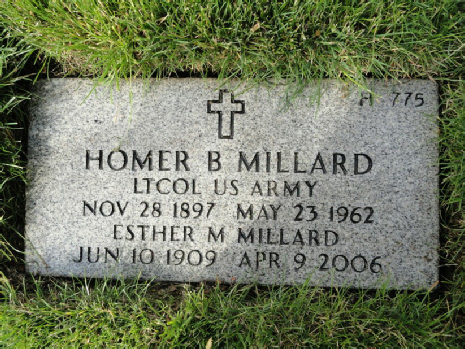 The following listing contains names that the Bandon Historical Society has obtained from various sources. Where possible, the year of expected graduation has been included. If you would like your name added to this list, please contact Museum's Executive Director.  If there is a correction needed on these pages, please contact the webmaster.

Additional Photos we have received from various sources can be seen at the following link:  ADDITIONAL PHOTOS