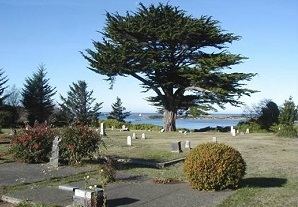 To find the Averill/ Pioneer/ G.A.R. Cemetery when you visit Bandon, from Old Town, go up the hill towards the Bandon Shopping Center on highway 101, take Harlem Ave north (left). Follow Harlem Avenue for about ¼ mile to the cemetery on your left. The sign will say “Averill Pioneer Cemetery”.

Not only is there a spectacular view of Bandon Old Town and the mouth of the Coquille River but there is over one hundred years of Bandon history there. You will see many “Pioneer Cemeteries” in this area of Oregon. There was a major westward movement (“Go west, young man.”), which began in the mid-1800’s. By 1850, the Oregon Trail was being used so much, unrelated wagon trains would often be within sight of each other. There’s an interesting account of this westward movement in the book, “The Oregon Trail”, which is available at the museum gift shop. "Pioneers" are those who are considered to be the original settlers of this area. 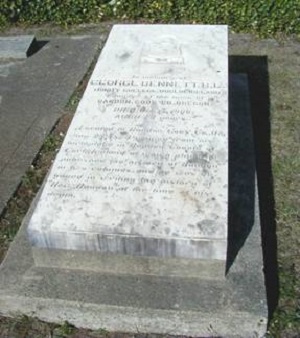 Although the city of Bandon was founded by the Averill family, it was named by George Bennett who came to Oregon from Bandon, Ireland in 1873. He was an influential early settler and is responsible for naming the city “Bandon”. The citizens of the area incorporated under that name in 1891.

George Bennett is buried in plot #70 which is right on the bluff to the left of the cemetery road. Look for a fairly large tombstone.

One of the larger plots, about 24 feet square is directly back from George Bennett’s plot about 100 feet. You will see the name, “Gallier” on many of the headstones. The Gallier’s were one of the early families in the area and owned the Hotel Gallier among other businesses. There is a Hotel Gallier plaque on First Street as you go west out of Old Town on First Street towards the Port Building. The Hotel Gallier burned down in the 1936 fire that destroyed most of Bandon. At one time it was the largest hotel in Bandon.

The G.A.R. was an organization called the “Grand Army of the Republic” and was a very powerful national organization of Civil War Union Army veterans. It was formed in 1866 and was influential in matters of veteran’s rights as well as politics. Five U.S. presidents were members of the G.A.R.

You will see several graves that are not marked with the veteran's date of death but with his rank, company, and unit number. That seems to be a military tradition. It is interesting that so many of the graves are for people from the “7th Tennessee Mounted Infantry” or “Company H, 68th New York Infantry”. These men picked up stakes after the war and moved west to find their fortunes. 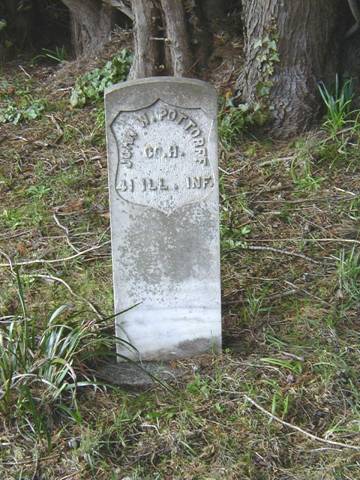 One of the graves belongs to John Pottorff. The unusual spelling of the name made it possible to pinpoint his records; he was from Illinois. The state of Illinois keeps meticulous records of their military. The tombstone indicates that John P. was in Company H of the 41st Illinois Infantry. A search of the Illinois database turned up the following information about John Pottorff when he enlisted:

If you look in Paul and Jewell Shelton’s book, “Obituaries and Records” at the museum, you will find the obituary of John Pottorff. The headline is “Old Soldier Found Dead”. He died in 1911 at the age of 81. He had been living outside of town in a cabin near the Queen Anne section of Bandon (on Beach Loop Road) and was dead 10 or more days before the body was found. His tombstone is in the G.A.R. section by the large stand of trees. 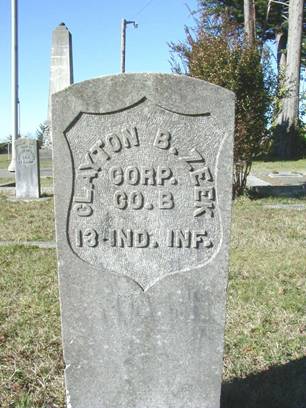 Clayton B. Zeek was another Civil War veteran. His obituary is also in the Shelton’s book. According to the obituary, Mr. Zeek was “probably the leading citizen in all patriotic undertakings.” It goes on to say that he was a “large boy for his age” and that at the age of 13 he enlisted in the Union Army to serve in the Civil War. Mr. Zeek died in 1931. His picture is in the museum in a photograph with four other Civil War veterans. His tombstone is between the G.A.R. monument and the street. 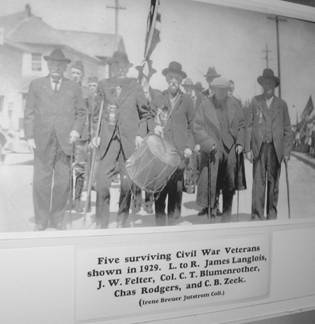 In the Museum's collection is an old photograph showing five Civil War veterans in 1929. Clayton B. Zeek is at the extreme right of the photo. Also in the collection is the very cane that Mr. Zeek was holding in the photo at left. The inscription on the cane is "CBZ 1875". 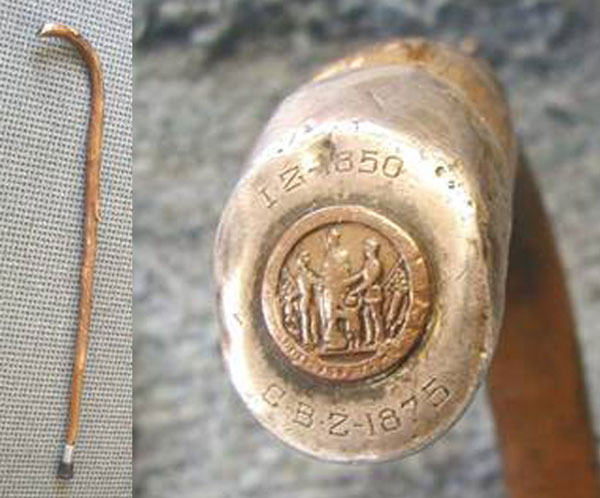 In 1918, the world experienced an influenza epidemic. This epidemic was so widespread that it killed more people worldwide in a six-month period than World War I over a period of four years. Estimated deaths worldwide were more than 22 million people. This epidemic was different from other epidemics in that it didn’t concentrate on the elderly or the very young but rather on the 20 to 40 year old age group. Large cities were especially hard hit due to population density. Nevertheless, Oregon, though sparsely populated was not left untouched. Mathias and Bessie Lux were a young couple with an infant son, Lowell Lux. Mathias had quit his job as a porter in a hotel in Coos Bay (Marshfield) to work at the Coos Bay Shipbuilding Company to help with the war (World War I) effort. Both he and his wife contracted the flu. Bessie died on December 16th of 1918 and Mathias died five days later. Bessie was 21; Mathias was 24. In the obituary it says that Mathias “was thought to have been out of danger when his condition became suddenly worse and he gradually sank.” Their tombstone is to the left of the path leading through the cemetery. 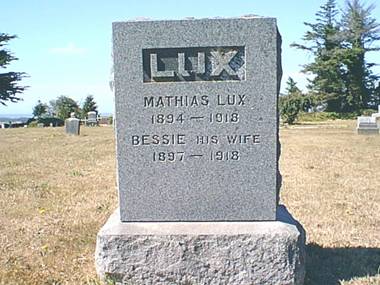 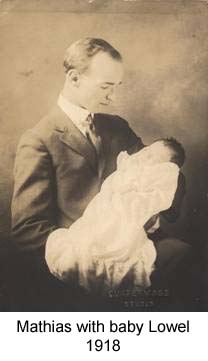 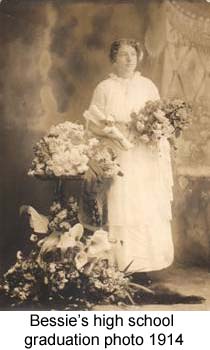 The last photo is of Lowell Lux's Bandon elementary grade 1A class in 1925. Lowell is the small boy in the center of the center row. In 1925 he was 7 years old. He was raised by his aunt and uncle and became a successful businessman in California. He passed away in 1996. 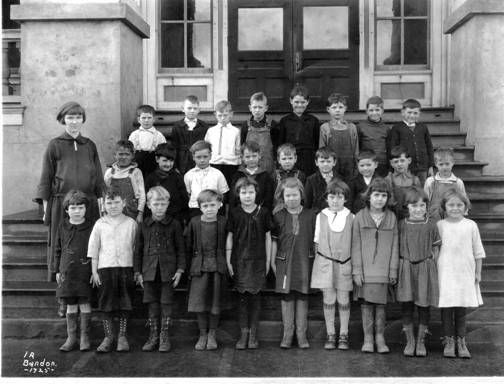